No sujetos a sanciones

Deja un comentario Publicado por elecciones7oenbilbao en 2020-01-17
After nearly a year of sanctions on Venezuelan oil exports have failed to force President Nicolas Maduro from office, the US may effectively remove Chevron and other US companies from the South American nation, potentially quickening the collapse of the country’s oil sector.

The Trump administration may let a waiver allowing Chevron, Halliburton, Schlumberger, Baker Hughes and Weatherford International to continue certain work with PDVSA, outside of US sanctions, expire on January 22.

In October, the US Treasury Department extended that waiver, known as General License 8D, for three months. It was the second extension of that waiver, initially issued in January 2019, when the bulk of US sanctions on Venezuelan oil flows went into effect.

The waiver has been extended based on the argument that the presence of US companies is necessary to prevent the complete collapse of Venezuela’s oil sector, easing an expected recovery once Maduro was forced out of power.

But analysts with ClearView Energy Partners believe that Maduro’s persistent hold on power and his latest efforts to take over the National Assembly weaken the argument for allowing the waiver to stay in place. And, with a US presidential race approaching, the Trump administration may be “increasingly wary of the appearance of going soft on Maduro by offering sanctions leniency,” they said.

Some analysts believe that Venezuela’s oil output, which averaged 700,000 b/d in November, could plunge below 300,000 b/d if the waiver is allowed to expire, making this option an attractive one to Trump administration officials eager to ratchet up pressure on the Maduro regime.

But this move will also come with a cost for the Trump administration and may, ultimately, prove ineffective.

Any decline in production may be short-lived if Rosneft, or another Russian or Chinese company, takes control of Chevron’s Venezuelan assets.

Analysts estimate that if Rosneft were to take over Chevron’s operations it could return output to current levels within 45 days.

Chevron, which has cautioned that ending the waiver could leave a post-Maduro government with an irrevocably damaged oil sector, has recently pushed the argument that an expired waiver would simply benefit Chinese and Russian companies, sources said.

“If Chevron is forced to leave Venezuela, non-US companies will fill the void and oil production will continue,” Ray Fohr, a Chevron spokesman, told S&P Global Platts this week.

Refiners move on
With the status of the waiver unclear, Elliott Abrams, State’s special representative for Venezuela, told reporters in Washington that the Maduro regime’s efforts to undermine democracy would be met with severe penalties from the Trump administration.

Sanctions have become a frequent tool of reprimand for the Trump administration, with prohibitions on trade with Iran and North Korea and threats on more.

But US oil sanctions on Venezuela will soon be a year old and US refiners have moved on, importing their last Venezuelan barrel in May, according to the US Energy Information Administration. Yet Venezuelan President Nicolas Maduro remains in power.

Sanctions, analysts believe, may have run their course and the Trump administration may have limited options.

“There isn’t much more room for the administration to ratchet up sanctions against Venezuela, and increased sanctions would anyway be unlikely to spark Maduro’s fall,” said Lisa Viscidi, director of the Inter-American Dialogue’s energy, climate change and extractive industries program.

Analysts believe the next steps may include: new sanctions, targeting specific entities and individuals; an end of sanctions waivers; and legislation by the US Congress.

Secondary sanctions are “on the table,” Viscidi said.

Similarly, the US could directly sanction Rosneft, the Russian oil company currently facilitating the bulk of Venezuela’s petroleum exports.

Back in August, a senior Trump administration official told S&P Global Platts that the US was prepared to sanction Rosneft if it continued to trade crude oil and fuel with PDVSA.

But analysts believe the administration has been hesitant to impose sanctions on Rosneft, in addition to imposing broader secondary sanctions, because of the impact such a move may have on the larger global market.

“Of course the Trump administration has the option to apply secondary sanctions and target Rosneft, but it has proven to be very sensitive to the global repercussions that could entail,” said David Voght, managing director of IPD Latin America. “Rosneft is clearly bolstering Venezuelan exports, and consequently supporting production, but the company claims that it is doing so within the structure of US sanctions.”

Abrams with State told reporters that roughly 70% of current Venezuelan oil trade is currently handled by Russian companies, including marketing, financing and facilitating ship-to-ship transfers of oil in order to complicate surveillance.

Viscidi said with administration efforts failing to oust Maduro from office, the US Congress is likely to get more involved. One effort may be the Venezuelan Contracting Restriction Act (S. 1151) which was introduced by Senator Rick Scott, a Florida Republican, in April.

The US may respond to escalating political disarray in Venezuela by allowing a sanctions waiver for Chevron and four US oil services companies to expire later this month and could ratchet up oil sanctions on foreign companies still working in the South American country, analysts said.

While he did not comment in detail, Elliott Abrams, the US State Department’s special representative for Venezuela, told reporters Monday that the Trump administration was looking at “new additional measures” to take.

“We’re looking at positive and negative things we can do,” Abrams said during a briefing, claiming that economic sanctions and sanctions on individuals were being considered.

The Trump administration’s push to oust Venezuelan President Nicolas Maduro from office appeared further delayed Sunday when his government launched a takeover of the country’s legislature, blocking Juan Guaido, recognized by the US as head of the country, from the National Assembly. The move has effectively splintered the legal framework of the country.

“It provides another blow to Juan Guaido, and opposition momentum more generally, while directionally raising the odds of explicit US secondary sanctions on PDVSA,” said Paul Sheldon, chief geopolitical advisor with S&P Global Platts Analytics. “Tougher US penalties are even more realistic in an election year, but further punitive measures on Venezuela may not be a top priority at this point, as many sanctions-averse buyers already ceased transacting with PDVSA.”

According to analysts with ClearView Energy Partners, Maduro’s actions Sunday could compel the Trump administration to allow a waiver allowing Chevron, Halliburton, Schlumberger, Baker Hughes and Weatherford International to continue certain work with PDVSA, outside of US sanctions, to expire on January 22.

In October, the US Treasury Department extended that waiver, known as General License 8D, for three months. It was the second extension of that waiver, initially issued in January 2019, when the bulk of US sanctions on Venezuelan oil flows went into effect.

The waiver has been extended based on the argument that the presence of US companies is necessary to prevent the complete collapse of Venezuela’s oil sector, easing an expected recovery once Maduro was forced out of power.

And, with a US presidential race approaching, the Trump administration may be “increasingly wary of the appearance of going soft on Maduro by offering sanctions leniency,” they said.

In a statement, Ray Fohr, a Chevron spokesman, said Chevron was hopeful that the waiver would be renewed, “so that we can continue operations in the country for the long-term.”

“If Chevron is forced to leave Venezuela, non-US companies will fill the void, and oil production will continue,” Fohr said.
MORE SANCTIONS

While Abrams gave little insight Monday into the sanctions being considered, he indicated they might target Russian and Cuban entities that have continued to support the Maduro regime.

“We underestimated Cuban and Russian support of the regime,” Abrams said.

Abrams said that roughly 70% of current Venezuelan oil trade is currently handled by Russian companies, including marketing, financing and facilitating ship-to-ship transfers of oil in order to complicate surveillance.

A senior Trump administration official told Platts in August that the US was prepared to sanction Russian oil company Rosneft if it continued to trade crude oil and fuel with PDVSA, but analysts said those sanctions have yet to be imposed because of the expected impact they may have on the global oil market.

Analysts with ClearView said that, while the US is unlikely to sanction Rosneft, it could target affiliated entities or subsidiaries operating in Venezuela.

Fernando Ferreira, a senior analyst with Rapidan Energy Group, said Monday that “all sanctions remain on the table.”

“While it is unclear whether Washington is willing to kick out the last remaining US oil companies doing business in Venezuela, we ultimately expect tighter US sanctions will continue to drive production down,” he said.

Ferreira said he expects Venezuelan oil output will stabilize at about 1 million b/d with US sanctions remaining in place.

Platts Analytics forecasts Venezuela’s oil output to decline to 600,000 b/d by the end of 2020, but the introduction of secondary sanctions, similar to the sanctions the US has imposed on Iranian oil exports, could cause Venezuelan oil output to fall below 400,000 b/d. 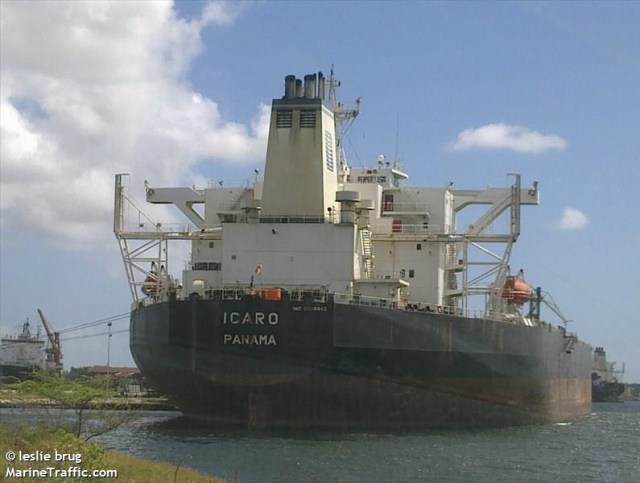 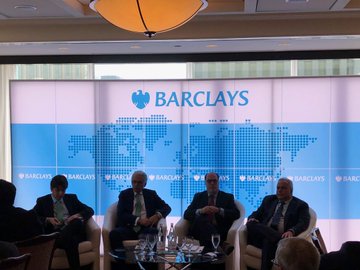 The possibility was debated in Caracas over the past two months at meetings of the Boston Group, an informal gathering of government officials and opposition activists that began meeting with increasing frequency this year as Maduro, who has overseen an economic collapse, faced a challenge to his legitimacy by Juan Guaido, the head of the opposition-held National Assembly.

Private companies have argued that the requirement that PDVSA operate the fields – which involves procuring equipment, hiring contractors, and making drilling decisions – has created bottlenecks that limit production, which this year has languished near seven-decade lows.

Neither PDVSA nor the oil ministry responded to requests for comment.

Pedro Diaz Blum, a former legislator who coordinates the Boston Group, said he could not discuss the content of the group’s conversations. But he emphasized that the purpose of the group was to discuss ideas, not hold formal negotiations between the government and the opposition, and that any recommendations it makes are non-binding.

A similar proposal has been brought forward in the opposition-controlled National Assembly.

Maduro’s socialist government already has reduced state intervention in other areas of the economy, such as price controls and foreign exchange restrictions, in response to broad sanctions by the United States which recognizes Guaido as the legitimate president, that have complicated the government’s ability to transact overseas.

At least one joint venture is already weighing the possibility. Oswaldo Cisneros, a Venezuelan businessman whose Delta Petroleum has a 40% stake in the Petrodelta joint venture, said he was evaluating signing a deal with PDVSA that he said would “subcontract the operation of the field to us.”

“They (PDVSA) authorize us to develop the fields ourselves directly with the financing we are bringing,” Cisneros said on the sidelines of a conference in Caracas this week.

He said the company had secured $800 million from a financial institution in Dubai, which he declined to name, for the project. He aims to boost output at Petrodelta, which he described as currently “halted” due to sanctions, to 100,000 barrels-per-day (bpd) in three years.

To be sure, obstacles would still remain even if the contracts were modified. Companies would still have to contend with an exodus of qualified workers fleeing Venezuela’s economic crisis, rampant equipment theft in the fields, and unreliable electricity and transport infrastructure after years of underinvestment and mismanagement.
Source: Reuters (Writing by Luc Cohen Editing by Marguerita Choy)