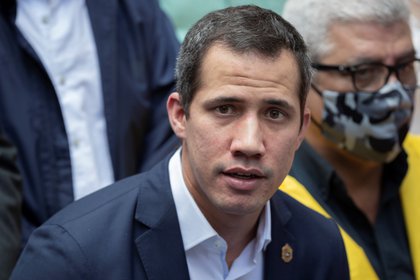 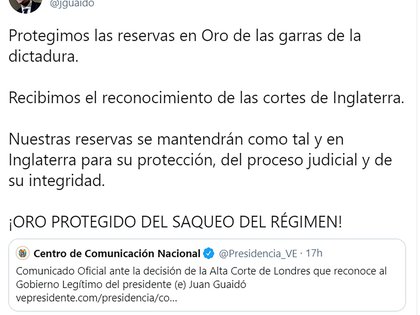 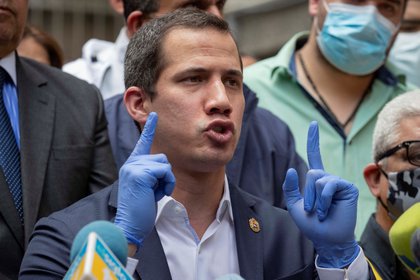 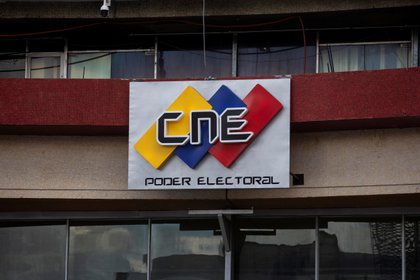 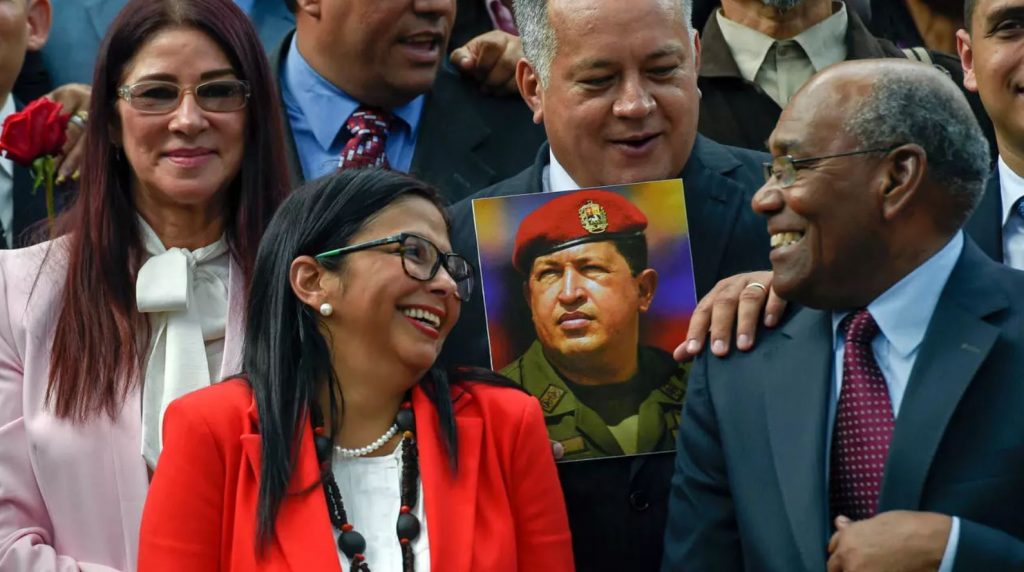 BOGOTÁ, Colombia—The politically influential mentor of U.S.-backed Venezuelan opposition leader Juan Guaidó was behind a monthslong effort to contract mercenaries to overthrow President Nicolás Maduro, according to several people involved in the planning.

Leopoldo López, founder of Mr. Guaidó’s former political party, and other allies considered at least six proposals from private security contractors to carry out military incursions to spur a rebellion in Venezuela’s armed forces and topple the authoritarian president, these people told The Wall Street Journal.

One of the contractors was eventually involved in an attempted incursion in May that was over almost before it began, ending with eight of the mercenaries killed and nearly 50 detained, including two former U.S. soldiers, all of whom are still being held in a Caracas prison.

Mr. Maduro emerged triumphant and his political adversaries have been left fractured, demoralized and lacking a clear strategy. Some foreign allies of the opposition say Mr. Guaidó and his associates should have stuck to negotiations with the Maduro regime and are now questioning their support for the opposition leader.

“Guaidó has damaged his democratic credentials,” said a high-ranking European diplomat who has worked on Venezuela policy. “He gives the impression he’s trying to ride two horses, one on the negotiating track and one more on the coup d’état track.”

Mr. Guaidó and associates of Mr. López have said the May raid was the work of the Maduro regime and that they had cut off contact last year with the group that carried it out.

Most Venezuelans revile Mr. Maduro for the country’s devastating economic meltdown, with only 13% supporting him in a May poll by Caracas firm Datanalisis.

But Mr. Guaidó hasn’t been able to capitalize. His support has eroded steadily from the 61% he enjoyed in January 2019, when the opposition proclaimed him president in a direct challenge to Mr. Maduro. The U.S. and more than 50 countries recognized Mr. Guaidó as Venezuela’s legitimate leader.

Mr. Guaidó saw his approval fall to 25%—its lowest point yet—in May after the failed plot, according to the Datanalisis poll. Venezuelans are now overwhelmingly pessimistic a transition will take place.

“He started as a sort of a Venezuelan version of Obama,” Datanalisis Director Luis Vicente León said of Mr. Guaidó. “Now the people just don’t believe him. When you lose the hope for change, you also lose your capacity to ask people for sacrifice.”

Within the fractious coalition of opposition parties, much of the blame is now being directed at Mr. López, a 49-year-old Harvard-educated politician and former political prisoner from one of Venezuela’s most prominent families.

For years, he has advocated direct action to remove Mr. Maduro—from a series of protests in 2014 that turned violent to an attempt to spur an uprising in the military ranks last year—often clashing over strategy with other prominent regime foes.

In 2018, after Mr. Maduro was re-elected in a vote widely seen as fraudulent, Mr. López expressed the view that negotiations and the electoral route would take too much time, said a person who spoke with him about strategy.

“He was very concerned that unless something was done soon, then the Venezuelan people would end up like the Cuban people, absolutely passive and broken and unable to mount a defense of themselves,” said the person, who is familiar with the dynamics in the opposition and U.S. policy.

Mr. López couldn’t comment for this article because he can’t speak publicly as part of an agreement with Spain. Now living in the Spanish ambassador’s residence in Caracas, where he is protected from arrest, he remains a powerful political force with influence over Mr. Guaidó, providing leadership on matters ranging from regime change to overhauling the oil industry, opposition activists said.

“One of the biggest errors that the opposition has committed is getting behind Leopoldo López,” said Humberto Calderon-Berti, who served as Mr. Guaidó’s envoy to Colombia until a public spat with Mr. López last year. “In the end, he’s only damaging Guaidó. There has to be a rectification of the strategy, the leadership.”

Mr. Calderon-Berti said he advised opposition parties last year to avoid engaging Venezuelan military defectors to attempt to oust Mr. Maduro, fearing violence would alienate the opposition’s international alliances. Mr. Calderon-Berti isn’t a member of Popular Will, the party that was founded by Mr. López and was Mr. Guaidó’s path to leadership.

Several prominent members of Popular Will have quit the party this month, saying privately they could no longer contend with Mr. López’s heavy hand and the party’s policies, which they saw as damaging the opposition. But some said they still see Mr. López as a victim, drawn to extreme measures by an authoritarian regime that has kept him locked up and closed off hopes for democratic transition.

Mr. Guaidó said some of his advisers met with the organizers of the failed raid early last year to evaluate strategies for an incursion. He said, however, that his advisers cut off contact nearly six months before the raid took place over what he said were disagreements over strategy.

Party leaders said that by October 2019, operation planning had been infiltrated by Venezuelan intelligence operatives. Some in the party reported details of the infiltration to U.S. and Colombian officials that month.

“It wasn’t just infiltrated, but it was an operation financed by the dictatorship,” Mr. Guaidó said in a videoconference last month. “The only one served by that operation was the Maduro regime.”

Popular Will members say that their party has favored negotiations and initiated talks overseen by Norway in 2019 that later faltered. Mr. Guaidó has frequently said the problem is the regime, which he said negotiates in bad faith.

Officials in the Trump administration said the operation in May hasn’t hurt Mr. Guaidó or the opposition—and that it could have been a false flag organized by Mr. Maduro’s regime to score propaganda points. Administration officials have denied any involvement or knowledge of the raid.

The raid “was big news for a couple of days and then faded, and has had no lasting impact on U.S. policy or on the Venezuelan democratic opposition,” said Elliott Abrams, the U.S. special representative for Venezuela. “This is largely because there are so many unanswered questions about regime involvement in conceiving, financing and pushing forward the entire operation.”

In his new book on the Trump White House, former national security adviser John Bolton said the president openly doubted whether Mr. Guaidó had the heft to challenge Mr. Maduro. By spring 2019, he wrote, “Trump was calling Guaidó the ‘Beto O’Rourke of Venezuela,’ hardly the sort of compliment an ally of the United States should expect.”

Mr. Trump thought invading Venezuela would be “cool,” and ordered him to look into military options, Mr. Bolton wrote. Mr. Bolton and others said a military option was a non-starter and successfully dissuaded him, he wrote.

Mr. Trump told the Journal in an interview that Mr. Bolton “is a liar.”

In 2019, while some leaders in the Venezuelan opposition and diplomats pursued negotiations with Mr. Maduro to win the right for free and fair elections, Mr. López and his closest aides shopped around for a security firm without having alerted politicians in other anti-Maduro parties, said people involved in the planning and other opposition leaders. Though they heard pitches from various contractors, opposition figures close to Messrs. Guaidó and López said the meetings rarely went beyond informal conversations.

“If one of these proposals had been viable, we would have taken that option immediately,” said an opposition figure close to the two men. “We have no ethical problem with getting rid of Nicolás Maduro.”

By late spring last year, several close friends of Mr. López and members of his party were plotting with Jordan Goudreau, a U.S. Army war veteran and owner of the SilverCorp USA security firm in Florida, and a former Venezuelan general who had relocated to Colombia, Cliver Alcala. They were training a ragtag force of Venezuelans who had deserted the armed forces to camps in northeastern Colombia, not far from Venezuela.

In October, a senior Guaidó aide and Popular Will official signed a contract with Mr. Goudreau to unseat Mr. Maduro and replace him with Mr. Guaidó, under whose government the American mercenary would work as defense adviser, according to the contract.

THE MAY RAID, BEFORE AND AFTER

Associates of Mr. López introduced Messrs. Alcala and Goudreau to other opposition leaders in several meetings in Bogotá, where they sought between $2 million and $7 million from the opposition leaders to finance a raid, according to people familiar with the talks.

Toward the end of the year, opposition figures said, it became clear the plan wasn’t viable because it underestimated the regime’s military defenses and there were too few volunteer fighters. The opposition didn’t pay Mr. Goudreau the hundreds of thousands of dollars he said he wanted, giving him only $50,000 for expenses before cutting all ties by late 2019.

Mr. Goudreau, who was in Florida at the time of the operation, hasn’t said why he ordered the mission to go forward in early May, as he has publicly acknowledged. He didn’t respond to requests seeking comment for this article.

Opposition leaders now say it was a mistake for Popular Will members to sit down with mercenaries.

“They were the ones who legitimized Goudreau and the idea of this whole operation,” said one who had been tracking mission-planning in Bogotá. “Let’s hope there are no other rogue actions in the future.”

—Jessica Donati in Washington contributed to this article.